In Japan, the word “sake” means all beverages with alcohol. However, if someone talks to you about sake, he’s probably thinking of a very specific drink.

This use of the word sake is more a way to refer to a fermented beverage made from rice and pure water. This drink is named “nihonshu” in Japan which literally means “Japan liquor”. Essentially made from rice and water, sake is also the result of many years of experience and traditions.

The story behind sake

Even if sake is considered as a typical Japanese drink, its origins are in reality from China. It was later imported to Japan around the third century. Then, it was the role of the Shinto priestesses to take care of sake, in order to give it as a gift to the gods. The preparation was kind of special: the priestesses chewed and then spat out the rice so that it could ferment using the enzymes present in the saliva. This traditional method is called “Kushikami”.

Sake can be tasted hot or cold in several containers. If the sake is consumed hot, a Choko or an Okan should be used. These are respectively small ceramic cups and bowls. If the drink is cold, it will better be served in a Masu (small square wooden container). However, it is more and more common to drink sake in a stemmed glass, like for wine. 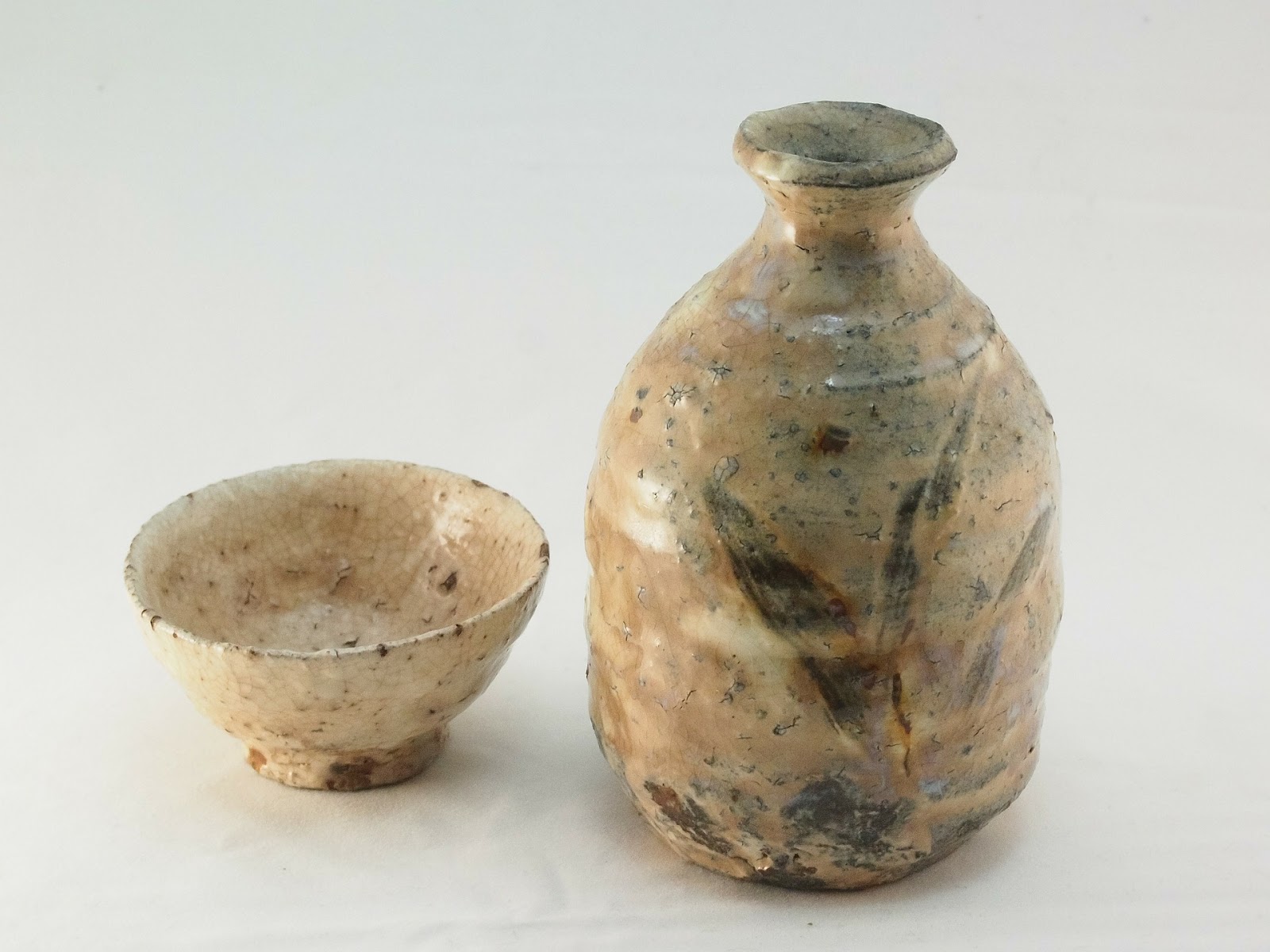 Even if there are a lot of different textures and aromas, the basic ingredients are always the same. They’re also completely inseparable. Every ingredient has their role to play to obtain all the characteristics and requirements of a successful drink.

A brief overview in 4 points of the ingredients of sake.

Like the grape for the wine, the rice is the base of sake. However, be careful, because it’s not the same rice you can eat at lunch! There are many varieties of rice specially cultivated for the sake’s production. Their particularity? The more important presence of starch, an essential element to the fermentation and the presence of alcohol in our beverage.

You can recognize the grains by their thickness, the starch being in large quantities in the center.

In terms of diversity, no less than 80 varieties of rice are cultivated and dedicated to the production of sake. This then allows the different sakes to have different aromas and to stand out from each other. Some rices are more popular than others, such as Yamada Nishiki, Omachi and Gohyakumangoku, each bringing its own particularity.

Where sake differs from wine is in the liquid part. Indeed, if the grape juice allows the wine to flow into the glasses, the rice stays a solid food. To remedy this, sake producers use water, but not just any water!

Like for the beer, the water’s quality is essential. If this one has a taste, it will inevitably be transcribed in the finished product.

Representing 80% of sake, it is the most important ingredient in terms of quantity. To have the purest product, the water is directly taken from natural sources or wells.

There are 2 types of water: hard water and soft water (or strong water and weak water).

Hard water, rich in mineral salts, will give character to the drink and will make the flavors persist.

Soft water, which is more delicate and takes longer to work with, contains fewer mineral salts and will give a clear and refined sake.

To produce 1 liter of sake, you need between 30 and 40 liters of water!

Koji are mushrooms deposited on the rice which will intervene before the yeasts in the fermentation process.

Remember the importance of starch in sake rice? It will actually serve the Koji to start fermentation. The larger starch molecules will be reduced into smaller sugars, the Koji can be said to "pre-chew" the yeast work. This process is called "saccharification".

As we said before, every sake is unique, and there are several categories, names and variations of it. First of all, there are two main types of sake, Futsushu and Tokutei-Meishoshu.

Futsushu is the equivalent of 75% of total sake production and is the most common. It is “ordinary” and used for daily consumption.

Conversely, the Tokutei-Meishoshu is reserved for special occasions, these are premium drinks with designations.

In the Tokutei-Meishoshu family, there are several categories of sake, each with its own particularities. To differentiate them, we mainly look at the polishing rate of the rice.

Polishing is a process during which part of the husk of the rice grain is removed. The polishing rate therefore corresponds to the percentage of the grain of rice preserved. For 70% polishing, 30% of the rice has been removed.

Junmai : considered as “pure rice” because there’s no addition of neutral alcohol.

Honjozo: Base of Junmai with a little neutral alcohol added. The polishing rate is 70% too. It is the most consumed Tokutei Meishoshu sake.

Ginjo: The most delicate sake with a polish of 60 to 50%. Neutral alcohol is added to it within a limit of 10% of the weight of polished rice.

Daiginjo: Approaching the Ginjo, the Daiginjo is the finest and most delicate sake with a 50% polishing.

Note that if the Ginjo has no added alcohol, it is called Junmai Ginjo. It’s the same for the Daiginjo which then becomes the Junmai Daiginjo.

Finally, there are variations that can be applied to all sakes, independently of their type or category.

Nigori: Sake has a cloudy appearance because it is slightly filtered, or not at all.

Genshu: The sake is unreduced, there is no water added after filtration.

Sparkling: As mentioned in its name, this sake has bubbles (with a second fermentation or the addition of carbon dioxide).

Koshu: The sake has aged, it has remained in vats for at least three years before being bottled.

Nama: The sake has been pasteurized only once.

Muroka: The sake is not filtered. In reality, all sake is filtered, however this one has not been finely filtered with carbon filters.

As we always say, a picture is worth a thousand words. This is the reason why the Pleasure Wine team has prepared just for you an infographic that sums up all the classifications and variations. Click for more products.
No products were found.
Left column